Just because you have a hobby that requires you to inhale vapors doesn’t mean you can’t be healthy about it. People smoke and inhale because they enjoy the feeling it gives them. No one wants to harsh on their throats and lungs, but that can be an unfortunate side effect of dabbing or smoking legal herbs. When you dab, you’re more than likely using a butane torch to heat up your nail. Getting your face that close also puts you at risk of inhaling butane vapors and messing up the taste of your dab.

There’s a way around that which won’t make it harder for you to enjoy your dab without destroying your body. It’s called a Healthstone and it’s a relatively new addition to dabbing that helps users enjoy what they’re doing in a safe manner.

What Does It Do?

In short, a health stone uses something called a vapor stone: this thing is an inert piece that doesn’t have high heat retention or emit any chemicals or gasses. That’s already a plus. You put the concentrate on the stone directly and use a torch to heat it up.  The dab is going to get absorbed into the stone and it’ll sit there until it gets hot enough to vaporize so that you can suck it out through your pipe.

One thing to keep in mind is that you don’t want to point your flame directly on top of your concentrate. That’s just going to make your hit go up in a puff of smoke, literally, when you set it on fire. Try to hold it to the side so that you’re aiming over the top of the stone, but not right down on top of it. Clear as mud? Great.

Why Do I Want This

Anything that makes your hobby better on your body should be a no-brainer.  Like we explained above, the healthstone is inert. If you don’t know what that means, it refers to the fact that the concentrate gets absorbed into the stone itself and the vapor will move in to the pipe, not out into the air. This makes your hits more concentrated without having to light up a whole bunch of product. It also helps you use less to get more. That’s something everyone can get behind.

If you’re new to the dabbing scene you might not want to dive right into using a healthstone. Unless you have literal money to burn. Because the healthstone is a bit different from heating up the nail you run the risk of combusting your product and losing it to the wind. Not only does that suck, but the inhaling the combusted product is way harsher on your throat and lungs which makes this a lot less comfortable than it should be. You’re smoking to find a way to relax or reduce pain, right? Don’t make it harder for yourself.

The reason why this is not really recommended for newcomers to the scene is the temperature control you’ll need to have when using your torch. Some torches get up to 2000 degrees which seems insane, but is actually quite normal. When you use a healthstone you don’t need to heat it up to that high of a temperature. You want it to be more around the 400-450 range in order to make it work properly. New users generally don’t have the finesse when it comes to regulating heat which can make for a discouraging experience.

Just because you don’t have the finesse doesn’t mean you shouldn’t try. You just need to be careful and watch what you’re doing. If you’ve got a large torch on hand you may want to invest in something smaller before you try a healthstone out for the first time. A smaller torch will produce a smaller flame and make it easier to navigate what you’re doing. Something like a cigar-style lighter is going to make your life a whole lot easier. Even if you’ve been doing this for a long time, you might want to have one of these smaller torches on hand just to save yourself some headaches down the line.

You should have a pretty good grasp on what a healthstone is now and why you might want to use it. It’s healthier for you, easily portable and looks pretty sweet. The healthstone just falls into place so when you’re replacing them you shouldn’t have any issues. If you find that your healthstone is stuck and doesn’t just pop out like it should when you’re trying to replace it don’t panic. This is bound to happen since residue will build up and act like a glue that keeps it in place. Just heat it up like you’re about to use it. That should loosen the residue. Turn it upside down and tap the stone out onto something non-flammable and you’re good to go. It doesn’t get much easier than that. 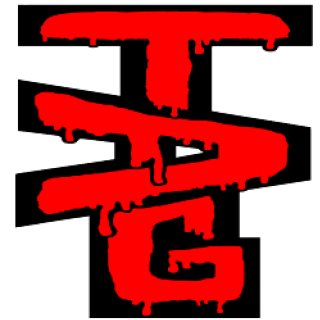